WAADI ‘AYN TURMAA:  This is great news.  The Syrian Army has established complete control over Waadi ‘Ayn Turmaa and all surrounding farm areas after launching battering waves of artillery fire, tank assaults, infantry operations that obviously caught the huddling rats by complete surprise.  Intercepted communications prove they were not ready for this massive onslaught as units from the First Army Corps surrounded the entire area and closed off all escape routes.  Monzer tells us that preliminary assessments at the scene tell a story no different than that of Pompeii during the explosion of Vesuvius with groups of rodents lying still in some kind of moment frozen in time – their weapons strewn about the area as though they had planned to either surrender or pretend to be something other than the filthy, disease-carrying sewer rats they really were.  Estimates are in excess of 400+ rats dead.  We can confirm that most of these carcasses were Nusra, Islamic Union and Jaysh Al-Islam.

DOUMAA:  The same forces which liberated Waadi ‘Ayn Turmaa were immediately transferred to the Doumaa area where they cleaned out Al-Reehaan Farms and Tal Kurdi.  This is where ‘Alloosh is holed up.  HIS DEATH IS NIGH.  Some of our readers want him captured so he can warble pathetically on television exposing the Saudi Arabian monkeys whose time is very short indeed.  We will be announcing the liberation of Al’Ibb Farms and Al-‘Aaliya Farms in the next few days as the Syrian Army is unstoppable.  Jaysh Al-Islam and its ally “The Islamic Union of Syrian Soldiers (yawn)” are on the verge of extinction.

Tal Kurdi was cleared out also by elements of the same forces which liberated ‘Adraa Town.  There is no longer any talk about rodents in Damascus. It’s over folks.

DER’AH:  SYRIAN PERSPECTIVE HAS LEARNED THAT THE SYRIAN ARMY HAS KILLED ONE OF THE INSURGENCY’S MOST NOTORIOUS TERRORISTS AND PEDOPHILES – ZAYD ‘ADNAAN AL-AKRAAD.  He was killed hours ago in Der’ah City during an SAA raid on a nest of hyenas where he was sleeping.  This is a major bust for the SAA because this degenerate, derelict and child molester had bedeviled the security services for months as they tried to pinpoint his whereabouts.  Once a source confirmed he was in an apartment hiding out, it was only a matter of a few minutes before SAA, NDF and General Security encircled the area and pounced on the stinking vermin.  Monzer reports that in his cargo pockets were Captagon pills and pornographic photos of prepubescent children. Good show! 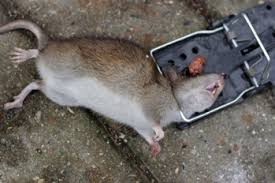 In this exclusive photo from Mercury New Service, Al-Akraad is seen in the trap set for him by Syrian General Security.

Views, opinions, articles or comments on this community site are those of the speakers or authors and do not necessarily reflect or represent the views and opinions held by Dogma Admin. If you have a complaint about something you have found on this web site, please Contact Us ************************ FAIR USE NOTICE Due to the social nature of this site, it may contain copyrighted material the use of which has not always been specifically authorized by the copyright owner. We believe this constitutes a ‘fair use’ of any such copyrighted material as provided for in section 107 of the US Copyright Law. In accordance with Title 17 U.S.C. Section 107, the material on this site is distributed without profit, to those who have expressed a prior interest in participating in a community of individuals interested in our methodologies, for comment and nonprofit educational purposes. For more information go to: http://www.copyright.gov/title17/92chap1.html#107. If you wish to use copyrighted material from this site for purposes of your own that go beyond ‘fair use’, you must obtain permission from the copyright owner.

United Nations Convention on the Rights of the Child

"Peace is obtained neither by Law nor Force but by compassion towards others and self-sacrifice." - Mahmoud Ahmadinejad

Whenever death may surprise us, let it be welcome if our battle cry has reached even one receptive ear and another hand reaches out to take up our arms. Che